Most Common Mistakes That Keep You Broke Crypto Trading

Bitcoin and Altcoins trading is like a raging river. It is a non-stop, rapidly changing process, more often than not accompanied by significant consequential events. If you swim against the current, you might disappear completely. In order to improve trading skills and market understanding, it is best to learn from other’s mistakes.

The following article was written based on major experience in the crypto field and after having thousands of crypto trade positions over the past years. And of course, mistakes were made along the way. Shall we begin? 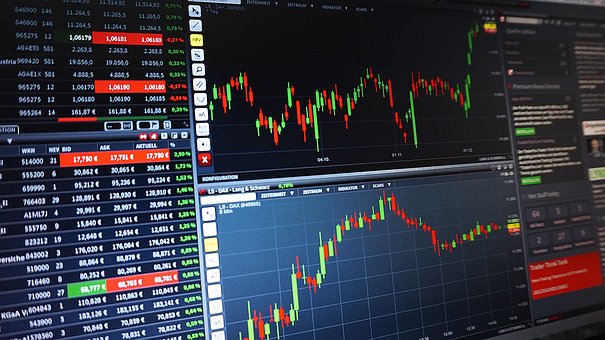 Let’s discuss the correct way of using the order book. A coin’s value is determined by the last executed transaction, at the junction between buyers and sellers, or according to the supply and demand forces.

Those supply and demand commands are arranged in a table, better known as the order book. In crypto, it’s all about volatility. When you enter a position it is recommended that you set the sell level to take profits. Alternatively, while aspiring to make it simultaneously, set a stop loss to minimize losses.

But how will we know exactly where to place these commands?

To identify both resistance and support areas, we start by analyzing the graph at the most basic level. A beginner’s technical analysis article will assist with this task. We identify points where we want to take profit (resistance levels) and simultaneously identify support levels.

By referring to the order book we will find the optimal levels at which we will actually place these commands. Note that if support levels break down it is time to cut the losses.

Identifying sell levels to take profit: Using the order book we identify the areas of resistance that we previously analyzed. It is likely that being resistant, massive supply (a “wall” of sell commands) is present around these spots.

The trick is to place our sell commands precisely one step ahead, at a slightly lower price, so in case the demands start to eat away the supply wall – our command has already been placed and sold to profit.

Identifying stop loss levels to minimize losses:  In the order book we identify the points of support that we also analyzed before. It is likely that being supportive, massive demand (a “wall” of buyers) is present around those spots.

This is the best zone to place the stop loss command, although it should be placed a little lower than the high demand zone. They will only get to our command if the sellers manage to lower the price and the “wall” of buyers breaks. The “wall” of buyers works as a sort of protection level for our command.

Is it possible to place a ‘take profit’ and a ‘stop loss’ command simultaneously?

As of the time of writing, excluding some leveraged trading exchanges, current trading exchanges do not support the placement of the two commands simultaneously. In a perfect world, we could have set both stop loss for trade and levels of profit taking, lowering the chance of substantially loss (learn how inside CryptoAccountBuilders).

Until that happens, we will settle for what we have – I usually set take profit levels for some part of the position, while setting a stop loss level for the other ones. 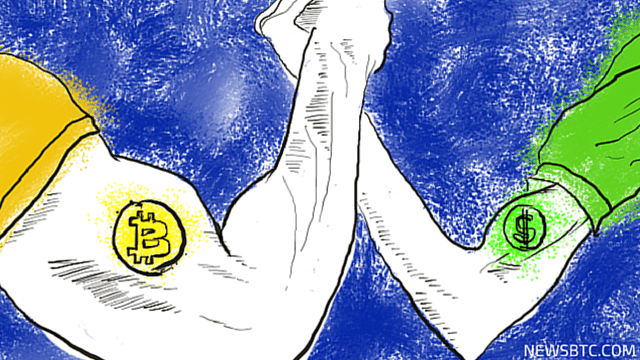 Major altcoins have the most volume traded again the USD. Thus, analyzing graphs of those altcoins should be done whilst comparing them to their Bitcoin graph and their dollar value graph. Here at CryptoAccountBuilders we make sure we do that for our weekly market reports.

If we were solely analyzing the Bitcoin value chart, we would surely miss the accumulation period of Ethereum by roughly $300 (recall $300 of Bitcoin accumulation back in 2015?). At the time of writing Ethereum is trading a month later, for more than $1000 for one Ether.

Ethereum is accumulated around 300$ (yellow area of the graph) until sky rocketing.

An unbreakable rule in trading says that you should never involve your emotions in trading. This is a basic rule for anyone who trades over any term, but especially for the ones who trade for the short term. Imagine buying Bitcoin according to the (dollar cost average strategy): Let’s say the Bitcoin price had crashed by 40% in three days. Now what? 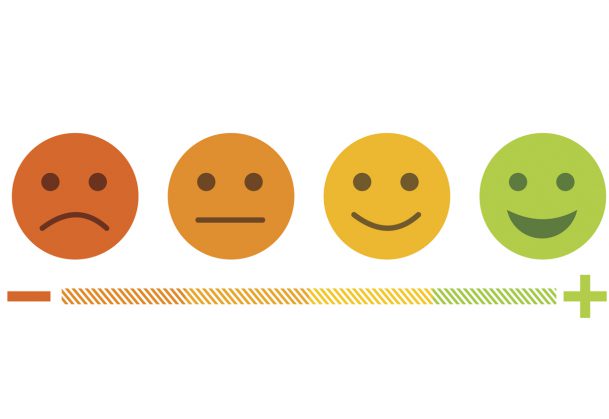 Obviously it is the time to buy a second portion of the coin (according to DCA) and average the initial trading entry price. But instead, almost everyone I know got “cold feet” exactly at the “terrifying” moment of the dip and had not completed the purchase of the second buy order.

Why does it happen to us?

One word – emotion. Emotions, in this case – fear of loss, affects us and completely disturbs our plan of action. If you are one of those (yes, the majority) who won’t buy the second share in the example above – you should consider your future as a trader, a crypto trader in particular.

Getting over your emotions is also important after an unsuccessful trade or after you have sold a coin which is sky rocketing just after you sold it (FOMO).

To sum up, don’t regret profit you’ve missed and don’t feel guilty about lost trades. Set yourselves a plan of action together with a set of goals, and act accordingly – as if you were a pre-programmed computer. Human beings are not rational creatures.

Recommendation for such a plan:

After placing target sell targets, given the coin has reached its first goal, you need to close out half your position. Meanwhile, increase the stop loss to the initial entry level (so you won’t lose at all).

At the second target level you should close out an additional quarter of the position. Now, it is likely you will stay in the position with a quarter of it, although with the profits alone – once you got the fund’s money back “home”.

At this point the profit game becomes unlimited. Coins that pump up 2,000% in two weeks are not a rare sight in the crypto world (especially with Crypto Account Builders). When you are only playing your profits – you are on the safe side and it becomes a lot easier.

What goes down does not necessarily go up again

An additional common mistake is searching for crashed coins, in accordance to their value against the Bitcoin, hoping they will return to their glory prices.

Newsflash – there are coins which are light years away from their peak levels.  You’ll never know. You surely can’t assume a coin being lower than its peak price is an opportunity rather than a falling knife. There are also coins which disappeared and slowly got out of continuous trading – a scenario defiantly worth considering (especially with the low-cap and volume altcoins).

A week in the crypto market is equivalent to three months in the traditional capital stock exchange, in terms of events and occurrences. Someone who wants to jump right into the deep water of crypto trading has to follow it not just on a daily basis, but on an hourly basis. Not everyone that can play this game.

Nevertheless you need to consider the amount of time invested in the process. As a daily trader it does not necessarily mean you are bound to buy and sell and trade every single day. Trades can reach their destination within minutes, as well as within months.

With crypto account builders, this time is substantially reduced as most coins have already been evaluated for frequent price swings as well as high percentage gains

Think about the time you are willing to invest in studying and tracking the market. Remember, your time ultimately has a price tag. If you have decided to put your time and effort into trading on a daily basis, it is better to start with small doses and examine the performance prior to increasing invested amounts.

The hours of time it would take to find account building coins can be better spent doing what you love. Hell, even starting a small online business is better time spent than hunting for these elusive gems. Time is also the main reason why so many fail to uncover real crypto account building coins that they can profit from for months on end.

This is yet an additional benefit of crypto trading. The  possibility of trading on micro-transactions. Unlike the capital market, where if you keep an eye on Apple stock, you would need to buy a minimum share equivalent to a couple thousand bucks, in crypto you can perform transactions of a few cents. 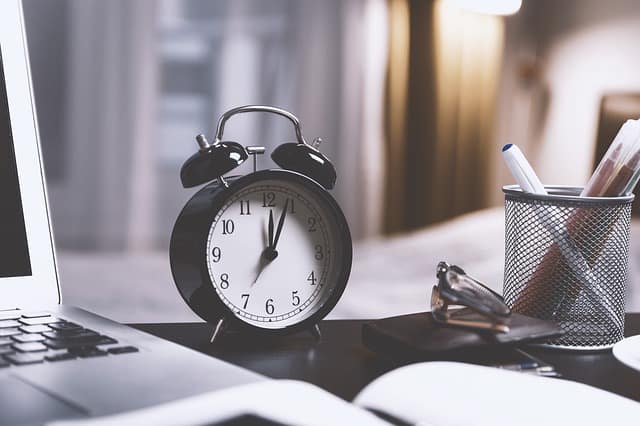 Don’t put all of your eggs in one basket

Crypto is really unpredictable.  When Bitcoin loses its value against the US dollar altcoins usually go through the same process. Simple math shows that even holding a part of the portfolio in altcoins, such as Ethereum and Litecoin. It’s usually not enough to avoid getting a big chunk of the portfolio’s USD worth wiped out following a Bitcoin dump.

Although crypto account building coins are typically not affected from Bitcoins price swings due to their extremely low market cap, you’re still trading with BTC.

As traders, it is important to keep Bitcoin as your base asset, but also not to forget the dollar value, and to take profit sometimes. You should always see the bigger picture – crypto is only one tier of your investment options. There are also the stock markets, real estate, bonds and many more investment opportunities. It is important to spread the risks among the crypto portfolio, as well as in the whole household investment portfolio.

Good traders acknowledge their mistakes, and more importantly – analyze and learn from them, thus improving their skills for understanding the market.

Regardless if you’re an experienced trader or novice, you’re bound to slip up and make several (if not all) these mistakes at some point in your trading career. Just realize it is all apart of the learning process.

The best thing you can do during your crypto trading career is to simply trade smaller amounts ($200-$500) and with crypto account building coins until you have garnered enough experience to trade some of the more larger cap coins.